After a series of meetings on VHF subjects in our HF5L club, we started to prepare for work through amateur satellites.

Mirek SP5GNI prepares and tests hardware and software at home. As of March 12:

– own construction controller for the azimuth/elevation RAS rotor (based on the new GNI-r5 controller). The controller uses the AlfaSpid protocol and is compatible with satellite tracking programs, such as Orbitron or SatPC32 – launching the rotor/controller/Orbitron set “on the table”

– installation of the SatPC32 program; it is much newer and better than Orbitron, it allows automatic compensation of the Doppler effect

– assembly of rotor and two-band 16 el. antenna  in the garden – assembling 2 antennas (made by SP5CIB) on the boom. Antennas are offset by 1/4 lambda from each other. This gives circular polarity. Such configuration results in a loss of 3 dB in relation to a single antenna, but thanks to this, polarization fades that can reach in theory up to 20 dB are eliminated – March 18 – test QSOs in a configuration with two FT991 radios. The SatPC32 program deals with rotor control and Doppler correction for both transceivers. The biggest achievement is 4 stations on FM with one SO-50 pass. It is one of the few satellites which has a downlink of 70 cm. Antennas have worked, but I thought that it would be better to hear. However, the preamplifier would not hurt. Definitely no quality for the 2 m band, 6 vertical elements are not enough – crossed yagi is a must!

– March 27 – receiving and the first successful decoding of frames from the PW-Sat2 satellite. This satellite is temporarily in low activity, charging the batteries. It sends a package somewhere like every minute

– March 28 – after mounting the antennas on the metal boom, the DBA270 preamplifier and the MX72N duplexer were installed on the mast. Thanks to this, it is possible to work on one FT991 in split on two bands with one coaxial cable. It works! We ordered a crossed yagi antenna for 2m.

– using our antenna system and FUNCube Pro + every now and then I can easily pick up, record and upload the received packets from PW-Sat2. I got QSL from the PW-Sat team!

– April 9 – installation and wiring of the Crossed Yagi 2×7 el (WiMo) antenna. The first tests were excellent, SWR = 1.0, the satellites are really heard good – April 13 – work without the DBA270 preamplifier (broken down).  From April 11, ISS broadcasts SSTV images ( https://issfanclub.eu/2019/04/07/ariss-sstv-event-planned-with-special-award/ ). It is not easy to stick in time with the right trajectory and solve technical problems during a 10-minute flight. In addition, there were problems on the transmitting side – audio modulation very quiet. No luck to pick up any image in its entirety, the best three are shown below. – April 24 – apart from amateur satellites, a lot of other scrap metal is flying over us, including meteorological satellites. NOAA satellites take photos continuously and it is relatively easy to receive from them. Using our antennas for tracking and FUNCube Pro + for reception, I recorded the signals broadcast by NOAA-15 on channel 137,620 MHz, when it flew over Poland today at 18:30. Kuba (my son) decoded the signals and generated photos using the article HERE (from chapter 5go). Here are the effects (left photo in visible light, on the right in infrared), and the SDRSharp window: – May 1 – we celebrated the labor day with a set of satellite antennas and a rotor installed on the lawn near the HF5L club. The participants were: Wojtek SP5DPD, Mirek SP5GNI, Sławek SP5ICS, Marek SP5ISZ, Marek SP5IXS and Grzegorz SP5MI. Although only 7 QSOs could be made via satellites, the system tests should be considered successful. The next step is the final installation of the antenna system on the roof. – January 30/31 2020 – ISS again transmits SSTV pictures. The signal was strong, you could try on any antenna (145.800 MHz, FM, set Auto in the MMSSTV RX application – it switched itself to PD120). Here’s what I received on the not-movable vertical 4 elements Yagi antenna: 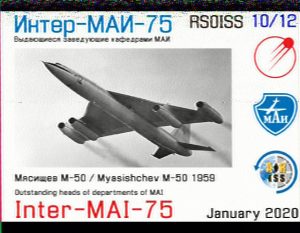 The coronavirus outbreak has frozen club activities, including the installation of antennas for low-orbitting satellites. The ISS is still transmitting, there are as many as 4 hams on the current shift. On December 2, 2020, they were transmitting SSTV images again – here’s what we managed to catch up: 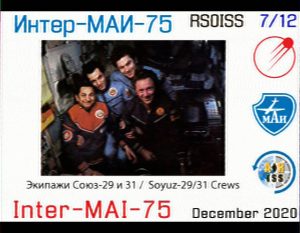 Until the possibility of installing a rotor antenna set at the HF5L club, it was installed in the home QRA SP5GNI in May 2021. 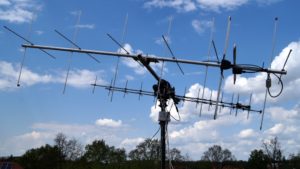 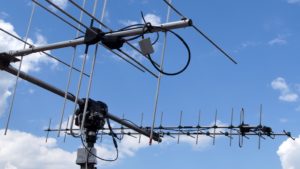 The mast was attached to the chimney on the roof. A RAS azimuth/elevation rotor was mounted on it. The 2m antenna was Crossed Yagi 2×7 elements, the 70cm band uses 2 antennas 13-elements yagis. Antennas through the MX72N duplexer are connected to DBA270 RX LN preamplifier. This allowed the use of a relatively high-loss H155 coaxial cable, which in turn has the advantage of small diameter and ease of installation. 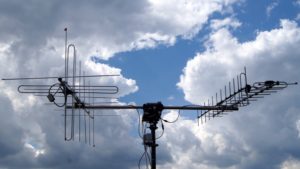 The new UHF/VHF shack consists of FT991, GNI-r9 rotor controller (SP5GNI design) and a laptop with SatPC32 software installed. The first attempts were successful – in one pass of the RS-44 satellite 8 QSOs was done – from EA to UA0. 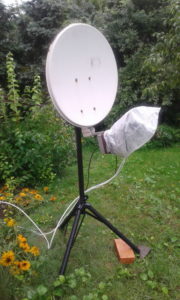 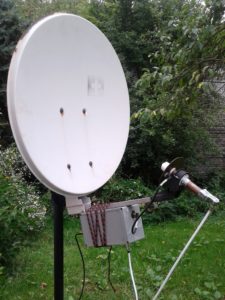 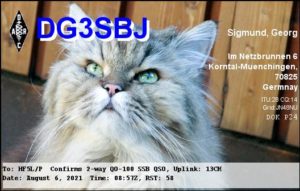 Both files could be found in menu: ? – Auxiliary Files

20 February 2022 between 05:12 UTC and 11:51 ARISS Europe and ARISS USA teams performed special SSTV Experiment using a new SSTV digital coding scheme. The first experiment in the series utilized ARISS approved ground stations in Europe that transmited these digital SSTV signals. The used modulation was 4L-FSK. For the decoding of the 320 x 240 px images, the software KG-STV was required – see for example here:
http://www.g0hwc.com/kg-stv-english.html .

Using the above-described shack designed to work with low-orbital satellites (FT991, GNI-r9 controller and a laptop with SatPC32 and KG-STV software), I decided to take part in this experiment. Below are 3 pictures taken during one of the flights: 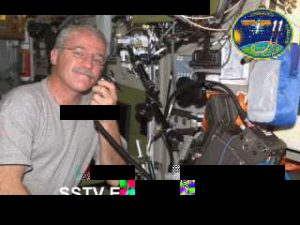 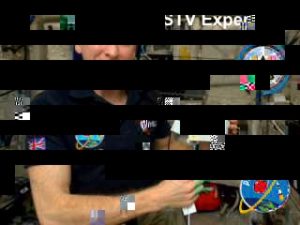 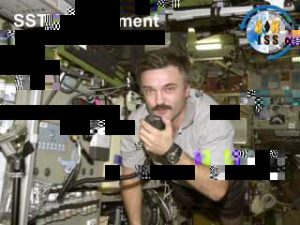 Unfortunately, none of the received images is complete. This was due to interruptions in transmission and disruptions in reception. Despite an appeal to the amateur radio community to refrain from using an ISS voice repeater during the experiment, some colleagues did not comply.

In September 2022, I decided to check the behavior of the system with a different 70 cm antenna. I was not satisfied with the operation of 2 Yagi antennas, 13 elements each configured to work with circular polarization. I installed a horizontally antenna borrowed from the SQ5JUP and found the system to perform better. I decided to convert the antenna system into 2 Yagi antennas, 13 elements each (by SP5CIB) mounted one above the other. I checked the antennas on 70 cm with NanoVNA. I noticed a very large influence of the distance between the antennas on the SWR. After moving to the maximum possible distance for mechanical reasons, I got quite a decent result: SWR = 1.13 for f = 434,400 MHz. 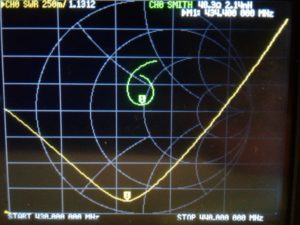 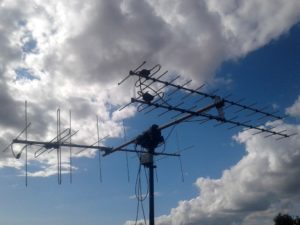 To attach 2 antennas to the boom, I used typical metal elements from a DIY store. 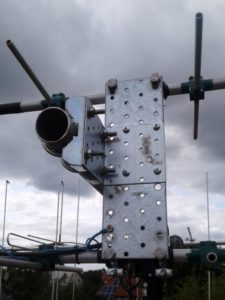