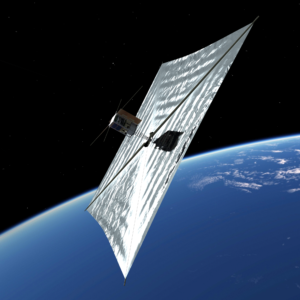 The PW-Sat2 satellite completes the mission, preparations for the PW-Sat3 launch are in progress

Polish student satellite PW-Sat2 tested the sail for deorbitation, took thousands of photos, collected a lot of data. In January / February, it will burn in the atmosphere, ending the mission. In 2023, the PW-Sat3 alternately in orbit, the choice of the jet propulsion program.

“We are extremely pleased with this mission, despite the obstacles and problems that appeared on the way” – Dominik Roszkowski, vice-coordinator, slowly ending the PW-Sat2 project, tells PAP.

The Warsaw University of Technology student satellite was launched from California (USA) in early December 2018. It was launched into orbit by SpaceX’s Falcon 9 rocket. The main side of the satellite was testing deorbitation technology using an opening sail. The idea was to find a way that would allow the removal of an already inactive satellite from orbit and reduce it to modify it. space debris.

The start went smoothly, because the signal from PW-Sat2 was received only a few hours after the start. However, problems appeared in the responses. Probably the strains of the displayed large changes in temperature, after about three days from the opening, tears appeared on the sail. Since then, she has not progressed in the required unchanged condition.

“Our sail is still working and proving its service, since about 30-40 percent. Its screen has been tested almost from the beginning of the mission. The satellite is deorbiting faster than if it had not been there. Originally we planned that the deorbit around 1 – 1.5 years, now we are just over 2 years old, the difference, beyond the limits of the sail surface, is not drastic, it is only a few additional months ”- explains Roszkowski.

“From the point of view of technology, materials, data, we have openly made available, PW-Sat2 has certainly served many companies as an inspiration, or as a reference point in their deorbitation systems not only for satellites, but also, for example, for the upper rocket stages, which must be summed up” – summarizes Roszkowski and adds that a solution using a sail can be established to establish a satellite of this type and should be.

There are other aspects to this mission that have exceeded the expectations of its creators. It was planned only until the sail was opened, but it is said that you can still communicate with the satellite on a daily basis. Thanks to this, the students took more than 1,500 photos, conducted experiments related to space time measurements, and managed to upload the on-board software update, which is still working. Part of the collected data already researched. Others are yet to be analyzed and published.

PW-Sat2 is also – as the summary of Dominik Roszkowski – a huge educational success. Dozens of people working at the satellite have gathered knowledge and experience that allows them to work in space work – both in Polish companies and those, but also, for example, in the Space Agency.

The creators of PW-Sat2 calculate that the satellite will burn in the atmosphere at the turn of January and February. However, the exact date can be set just a few days before the end of the mission.

In a few years – in 2023 – another satellite, a student of the Warsaw University of Technology PW-Sat3, is to be in orbit. “Our goal is to perform a number of jets for satellites, we are working on them, using the support of the Aviation Engines Department at the Warsaw University of Technology. The propulsion is to be used to perform orbital maneuvers” – describes Marcin Pulik, PW-Sat3 project coordinator in an interview with PAP.

These types of drives – he says – are already commercialized and used by some companies, but the market is not yet saturated with this type of solutions and new ones are developing regarding such solutions in space.

Work on the satellite has been going on for over two years. Despite the pandemic, the runs smoothly and without slippage in terms, even a large part, were transferred to students. Currently, the first engine model is being made, on which it will be possible to check – for now in terrestrial conditions – whether everything works as planned.

The jet propulsion prepared by the students was launched after the satellite disconnected from the rocket. The mission related to the support of the satellite’s maneuvers will last about 3-4 months. “Later, however, PW-Sat3 will remain in orbit and they did various other experiments on it. Some of them will be related to the on-board mission. Additionally, we create our own algorithm for the right position of the satellite” – explained Pulik.

For now, it is not known who will launch PW-Sat3 into space. “We are in the process of determining the best offer. The final decision will be made most likely next year. Companies offer offers that offer a significant price and services. We are looking for an opportunity that will safely deliver putting our experiment into orbit, allowing the propulsion to be refueled before the satellite is placed in the launching device, the project coordinator emphasizes. The cost of sending PW-Sat2 into orbit is 135,000. euro, and the entire project (including sending) about 250 thousand. euro. In the case of PW-Sat3, the cost of the entire mission – including the elevation – will be over 350,000 euro if only because it will be a satellite slightly larger than its predecessor. The team has already obtained funding from the “The best of the best” program of the Ministry of Science and is applying for a grant from another ministerial program. In addition, he financially helps students, among others Warsaw University of Technology.

Based on the portal: PAP – Science in Poland, Ewelina Krajczyńska